Words and photos by Daniel Venditto - My bud Ray Hagee is a truck driver from West Chester, PA, a small suburban town about 45 minutes outside of Philadelphia. I first met Ray at the Old Skool Bike Show in Chadds Ford, PA, a few years back with his badass 1950 panhead, “Ugly Bike”. With the eye catching metal flake paint and careful attention to detail, it clearly stood out in the crowd. 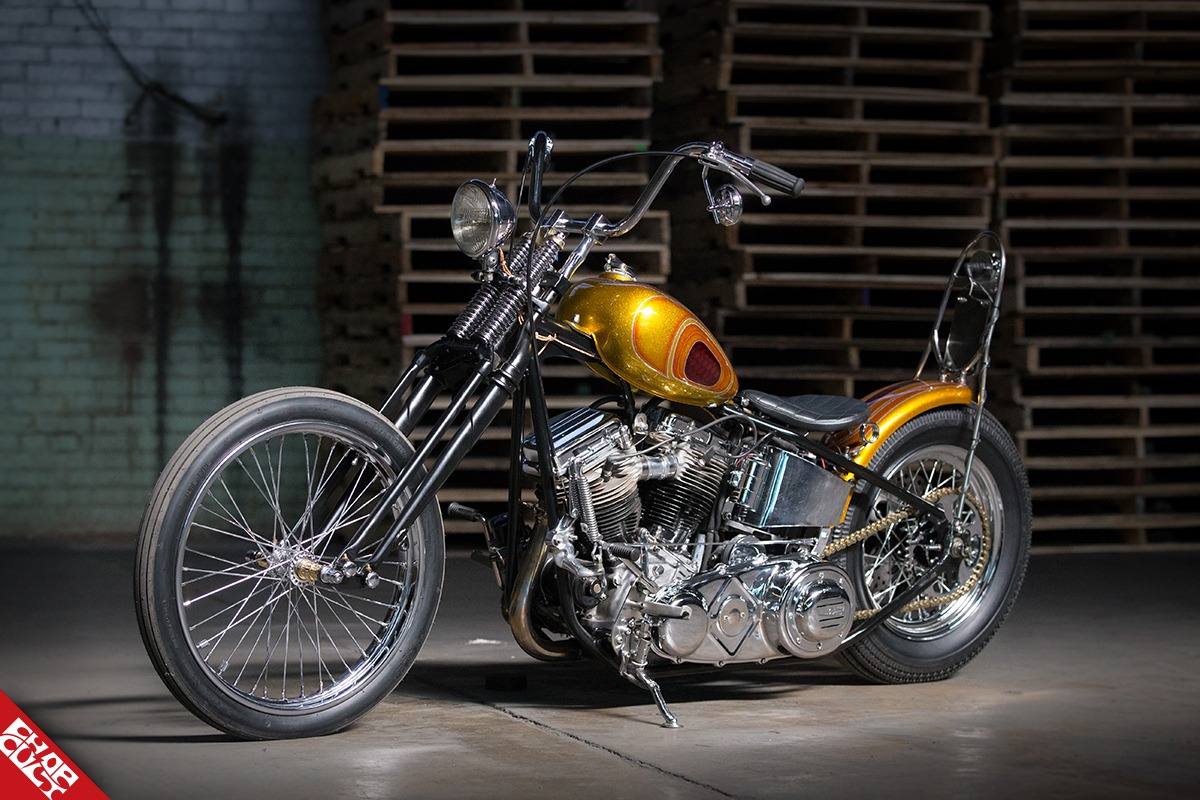 About four years ago while looking for a project bike online, Ray came across this complete roller at a great price. After settling the deal with the owner, he came up with a plan and arranged a time to pick up the bike. As we all know, things don’t always go as planned. On the way home, Ray’s truck got hit by a car on the turnpike. His pickup really took a hit, but somehow, the roller was fine. Quite a way to start a build!

This being one of Ray’s first bike builds, he began to hit the swap meets and shows to get to know people, collect tips, and acquire parts. One of the customers on his truck route always had his bikes in the warehouse, so Ray struck up a conversation about the panhead and what he was doing with it. Since the customer was a daily stop on the route, Ray got to know him pretty well until he offered to help him out with the build. Marty Helverson another bud of mine from the local shows and swaps, had quite the collection himself. I recently shot and wrote an article about his ’48 panhead for Lowbrow, another one-of-a-kind build. 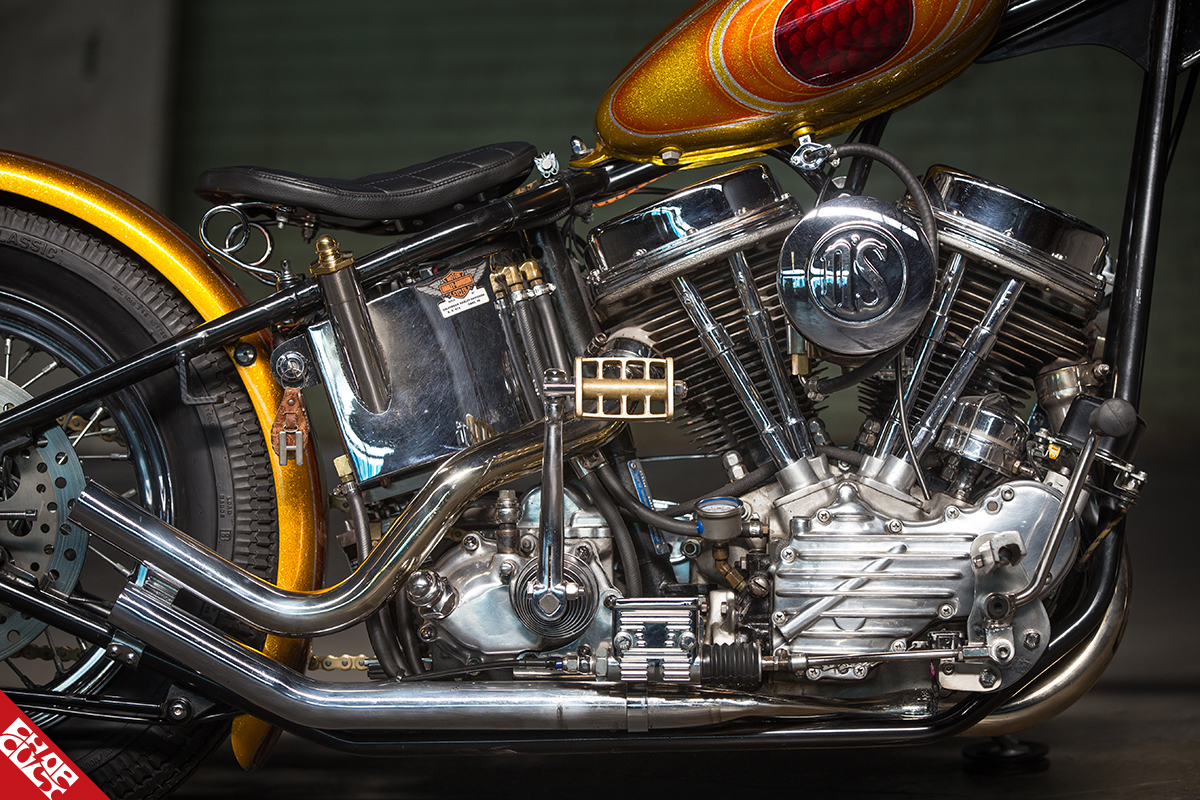 Ray got started with stripping the bike down, removing the oil tank and replacing it with a horseshoe tank. He used the same rear fender and gas tank because they were in perfect condition for their age. They were painted over 10 years ago by Jayme at Blue Moon Kustoms and look as good in person as they do in the pictures. Inspiration for the bike comes from 1960’s choppers seen in classic movies and magazines. The front end is a 4” over Harley springer, and the bars are mini apes with a set of 6“ risers, both swapped out from the ones that came with the bike. Ray couldn’t find a cool sissy bar that would fit, so he made one out of stainless steel. He managed to incorporate the brake light and tag plate for a clean look.

Ray decided to buy a panhead and transmission from his uncle. Once they worked out a deal, it was off to Marty’s shop in nearby Oaks, PA, for the rebuild of both. He rewired the entire bike and went with a 1.5” primo belt drive with a stock Harley primary cover. For foot controls, Ray built a set that were somewhere between mid and traditional. He switched the seat out to a small solo version for a clean, subtle look. He managed to locate a nice Bates headlight from a local swap meet. For the front wheel, he went with a 21”, 40 spoke and a Firestone classic rib tire. For the rear, he chose a 16”, 40 spoke with a Coker classic. Both really compliment the overall look and 60’s chopper feel of the bike. After Ray wrapped up the build, he had to show his wife all of his hard work. She took one look at it and said, “That is the ugliest bike I’ve ever seen”. So there you go. Ray would like to thank Marty, his pal Steve Sordini, and all of his friends that told him what not to do while building the bike. 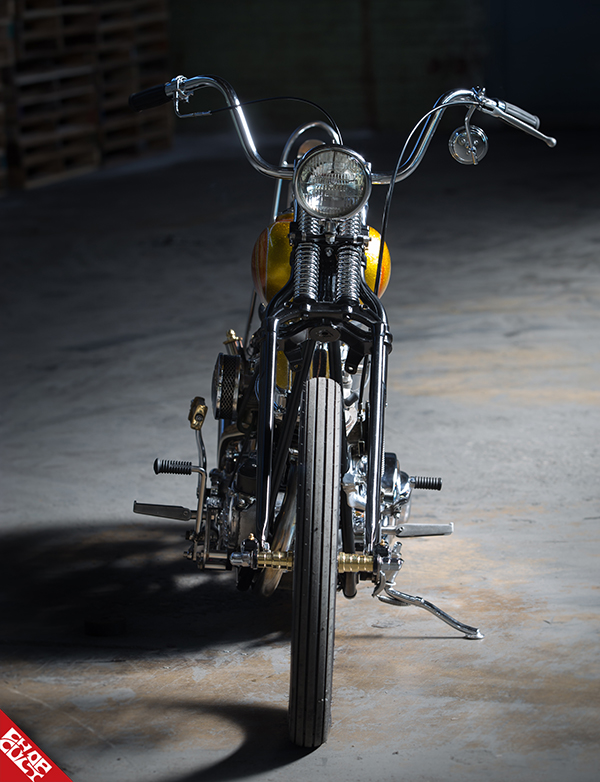 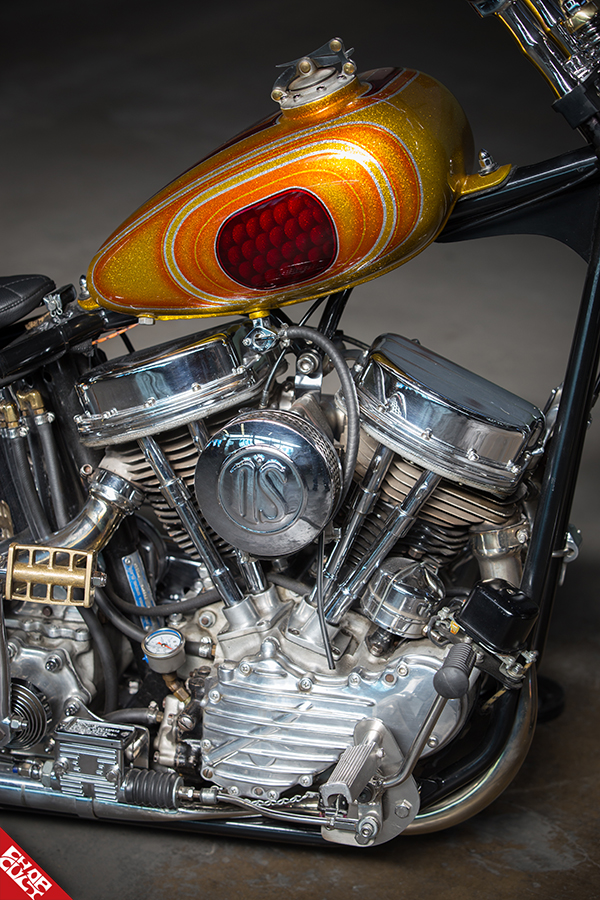 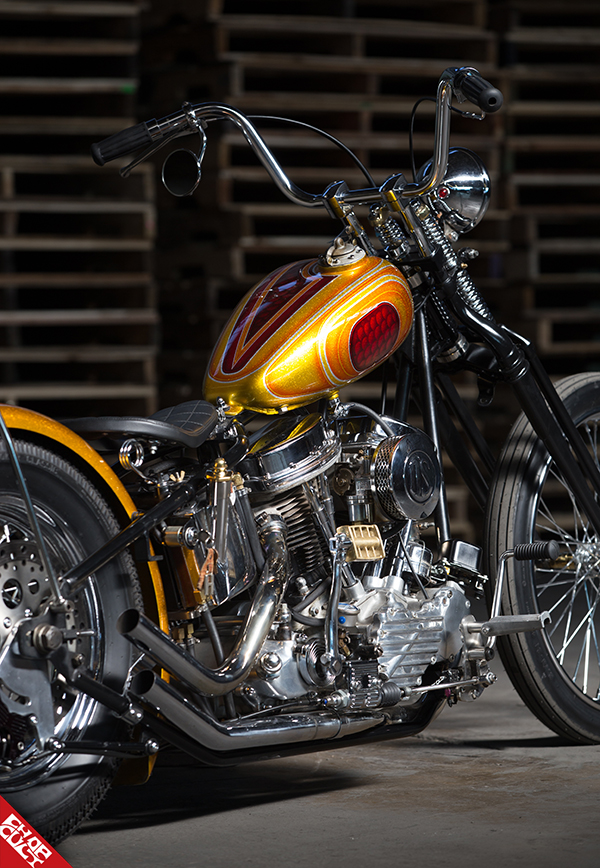 Next modification will be: nothing…I like it the way it is. 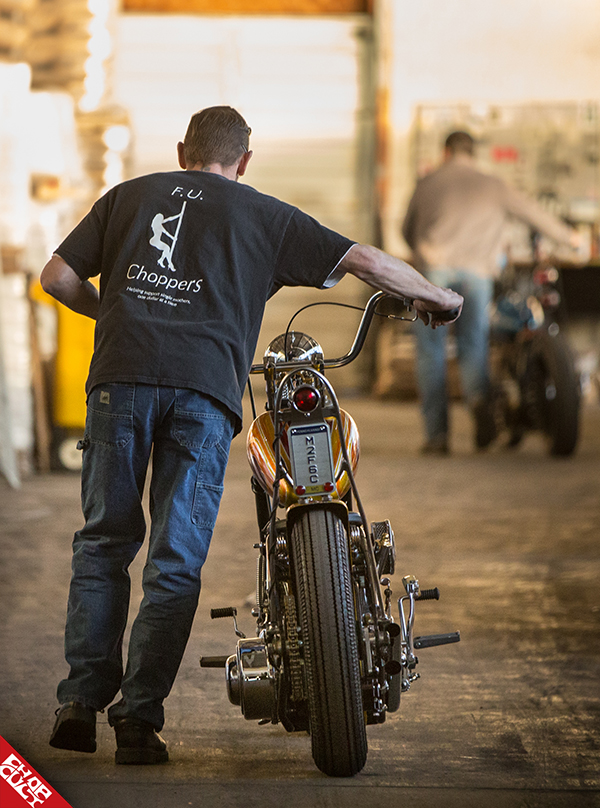 Any building or riding story or info you'd like to include: Just the story about when I bought it and brought it home in my truck and a car hit me. The truck was a mess but the panhead was fine.

A special thanks to Marty Helverson. 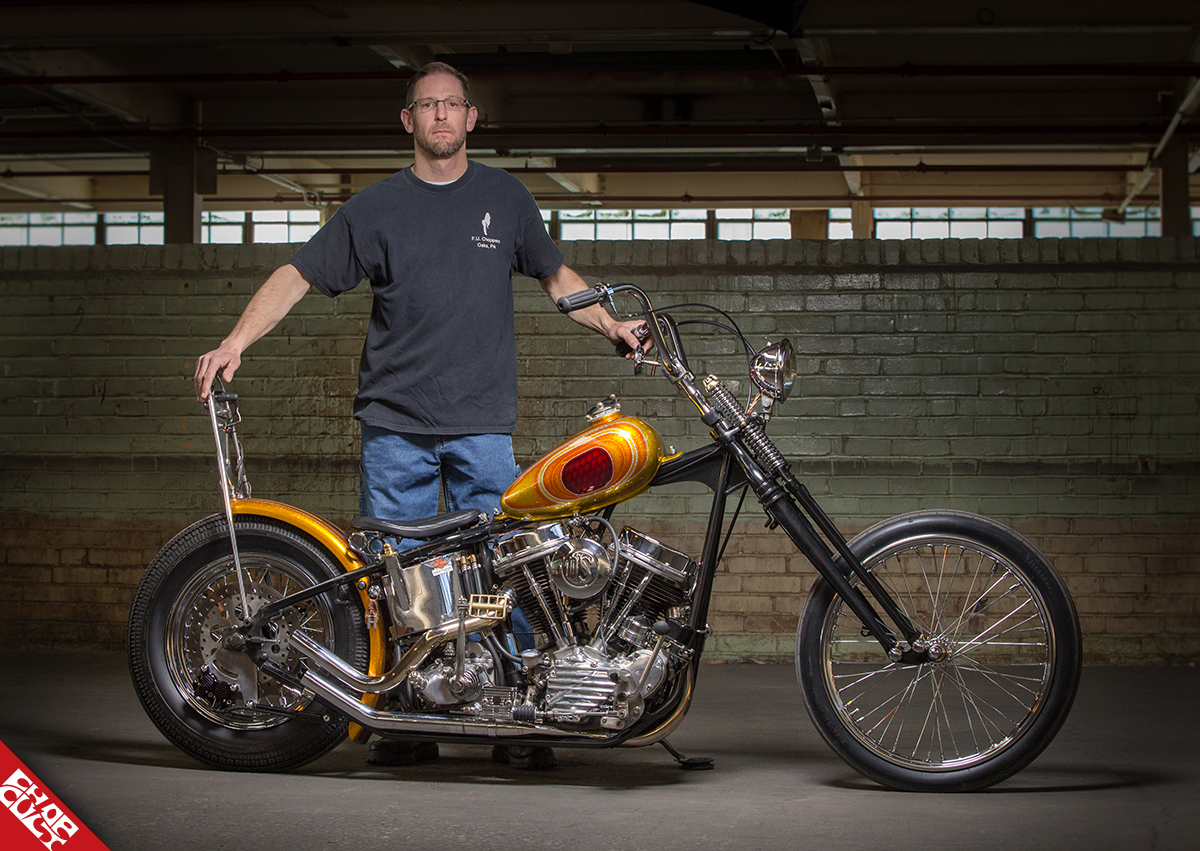 I want to thank Ray for his patience and help with this feature and thanks to Marty for letting me takeover his badass warehouse to shoot the pictures! Give Ray a follow at @rhhagee330.