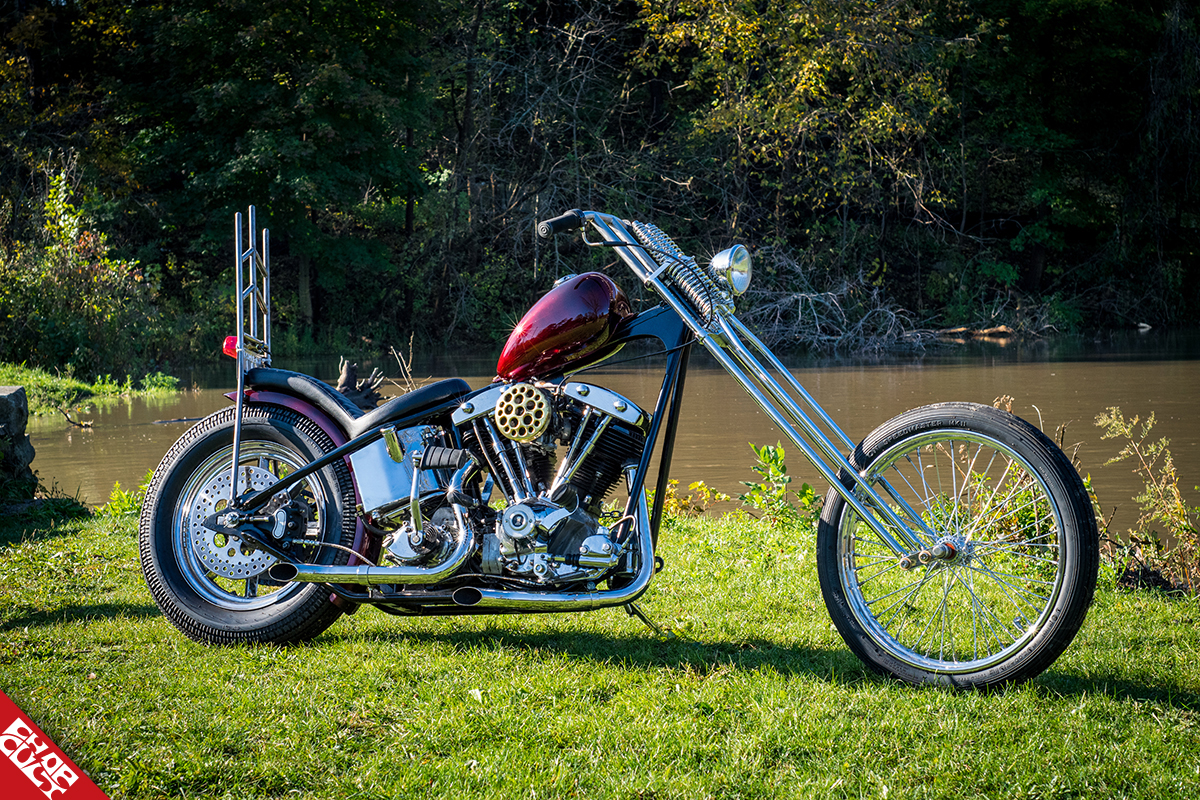 I could have easily titled this feature The Apology as I need to apologize to ChopCult member Jesse Pafford publicly. You see, Jesse has patiently waited for his bike to be featured here since the beginning of October. Since then, I dealt with email hacking (a big F U to whoever is to blame) and lost over ten years of contacts and many work-in-process features, one being Jesse's. I have to commend Jesse for not putting me on blast for making him wait. His bike and the touching story deserve to be featured, and I am thrilled to showcase it today. Jesse, I am genuinely sorry for the endless hassles and appreciate your assistance and level-headed banter through all of this. I also need to thank Chris McMorrow for photographing Jesse's bike for CC. You guys rule. - Lisa 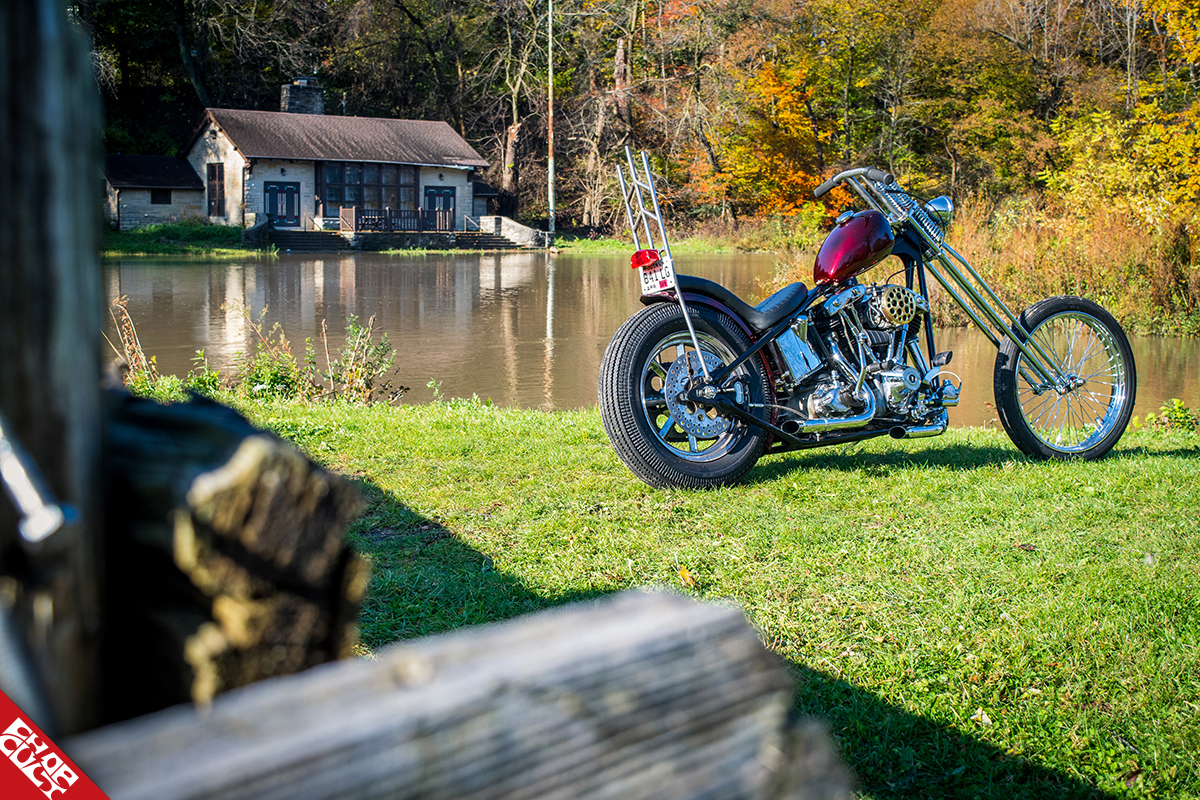 This bike is a reflection of my struggles. In the summer of 2018, I got out of a very toxic relationship, so I went out and did what any man should do when he is feeling blue. I got myself a shovelhead! I found a straight out of the ‘70’s stock 1975 FXE locally, which I couldn't say no to. It had chrome covers over everything and braided lines everywhere. I rode it for the remainder of the summer as a stock bike, but I knew I wanted more for that bike as I was getting bored with it, and looking for a project to keep my mind busy as I was still struggling in my head.

That fall, I found a smokin' deal through Vanilla Cycles on an old Paugcho frame. I had the first piece, as I started disassembling my donor FXE. I had been in contact with an old friend Stanly at The Bone Orchard Cycles about making me a custom springer, which would be his first production springer. He and I went back and forth for weeks about length and stance and all that. We finally decided on the length, and I pulled the trigger.

I had a roller with the driveline, and all the pieces were coming together. I was working as a mechanic at the local Harley dealer, ordering parts for it every other day. I couldn't believe how fast it was coming together. Then one night, I was sitting there searching for parts, and I got a phone call that would rattle my entire world. My old man called and told me he was terminally ill and had only a year to live.

At that point, my build and everything I had been working so hard for had to be put on the back burner. My priority was no longer building my dream chopper. It was the primary support in my father's fight for life. I was only able to work on my bike a few hours a week at most. The next piece I was focused on getting done was the sissy bar. My good friend Ian Olsen told me to bring it over, and we'll get it done. We did just that. I almost had a completely mocked up bike after that night minus some odds and ends. 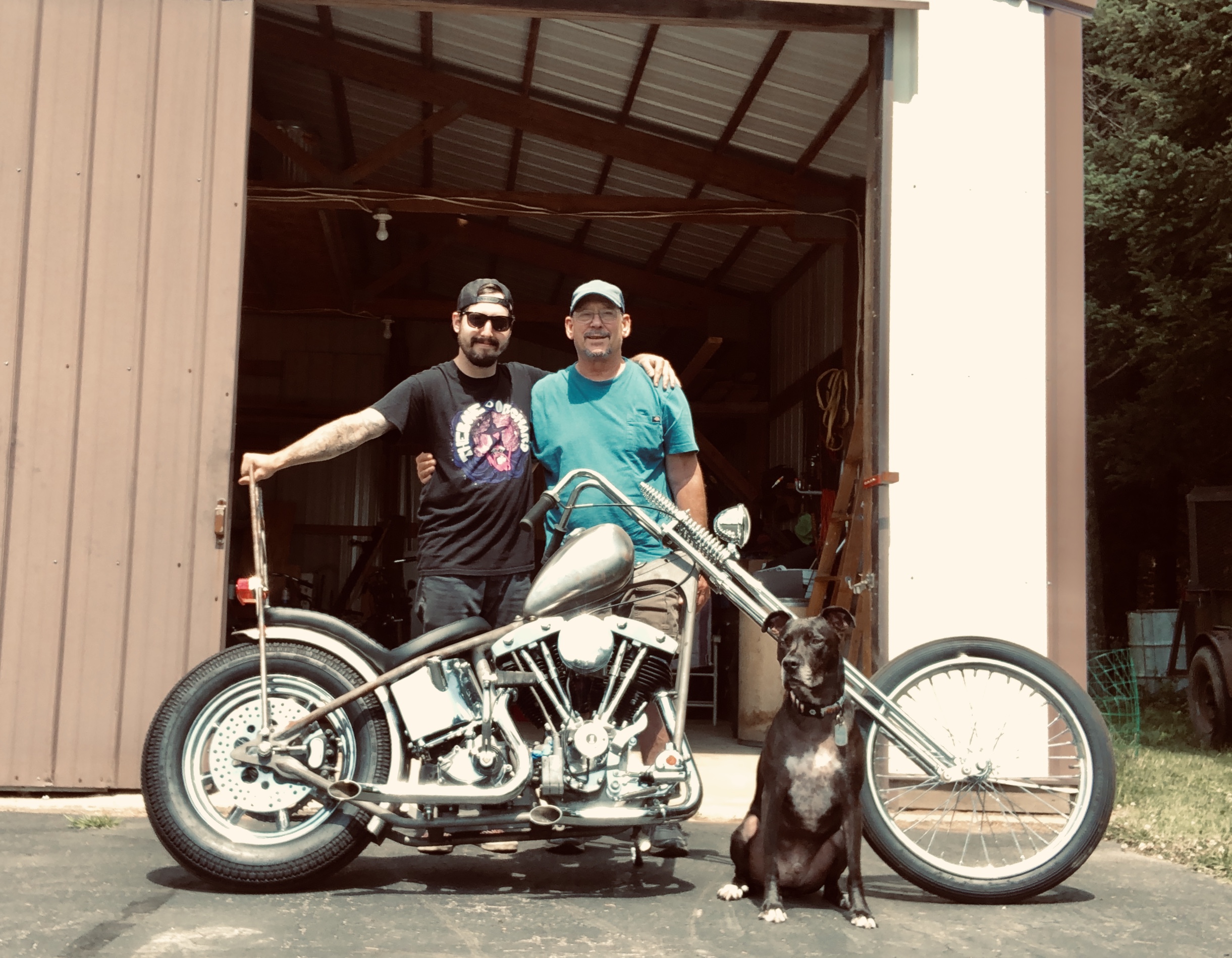