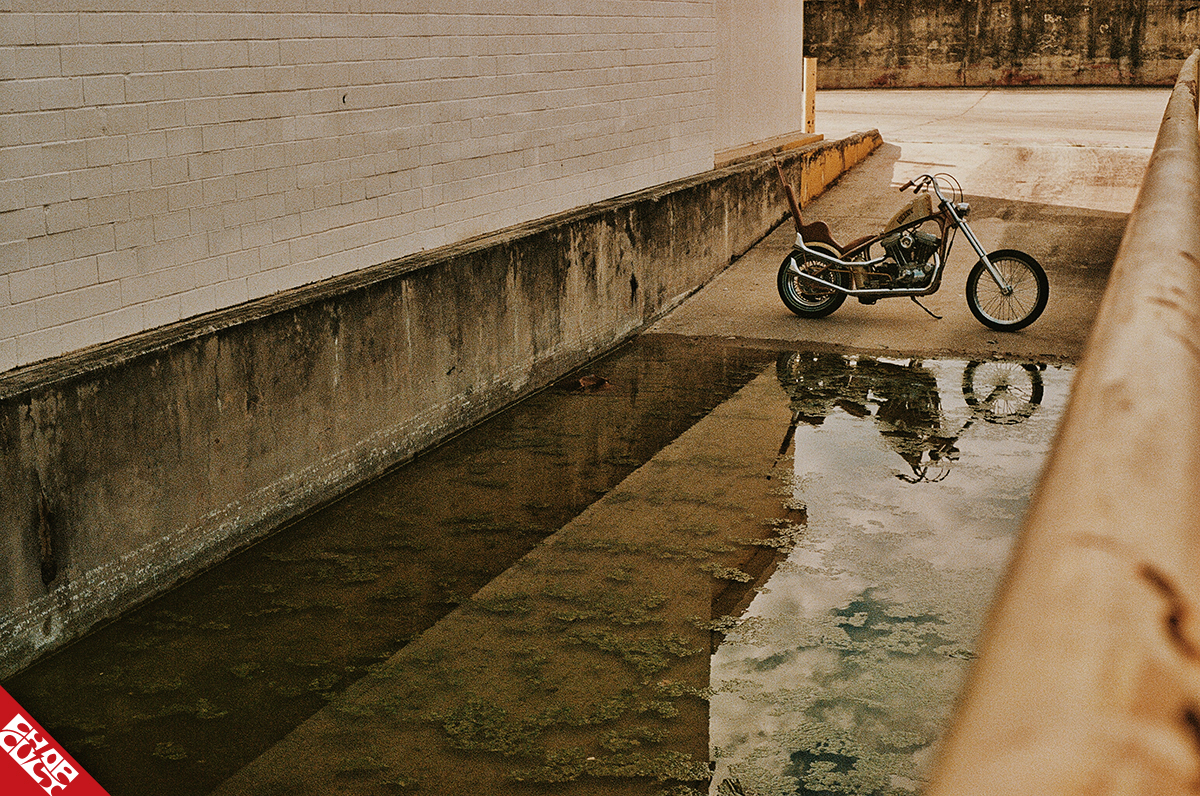 Article by Lisa Ballard / Photos by Boogieman Joe
Renowned fashion designer with a flair for the simplistic and unique style.

ChopCult member Nic Jacobs first threw a leg over a dirt bike at the age of four and as he says "it's been downhill since." He's one of the millions of enthusiasts that lives and breathes all things two wheels to the point of starting a small shop in San Antonio, Texas called Dumbluck Garage. When he's not wrenching at Dumbluck, you can find him at Action Bikes working as a bicycle mechanic. "Heavy Cream is the second ground-up build that I've done, but I've played with everything from desert race stuff to drift cars, mopeds, and mini bikes. Anything out there that I can't afford, and might get me hurt." I want to thank Nic for his patience and ongoing support. Enjoy!an ex lorem, pellentesque ac venenatis fermentum, tempor sit amet nulla. 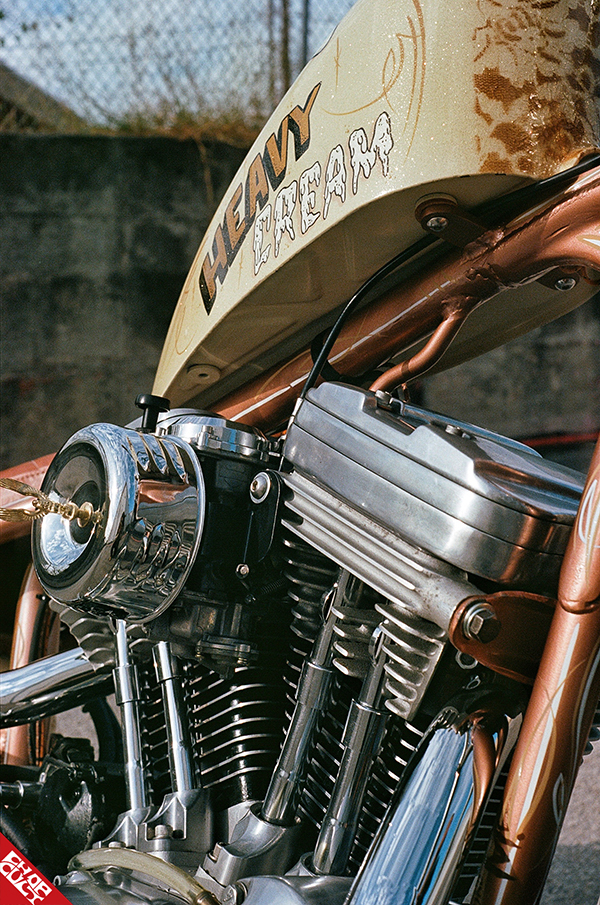 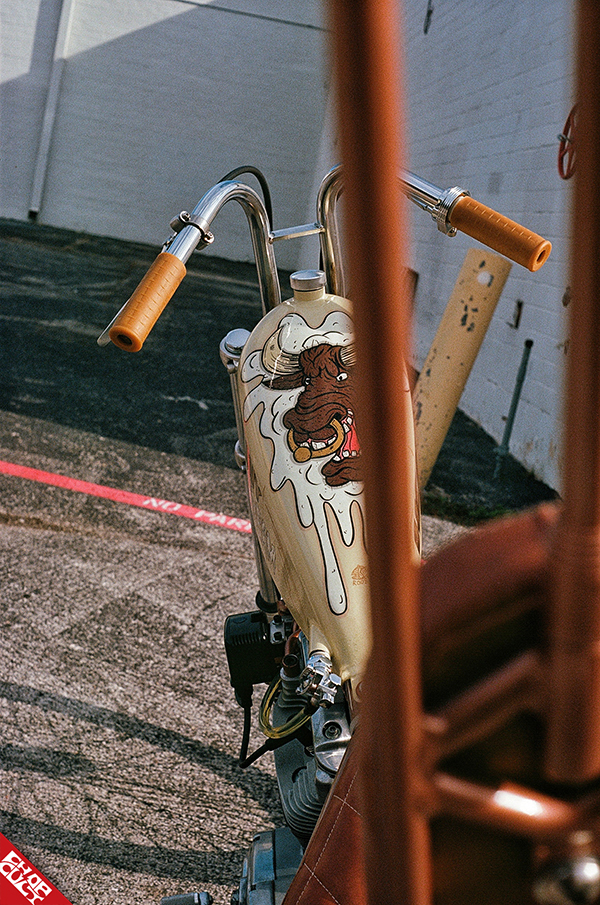 Engine, year and make, model, modifications: 1988 Sportster 1200 custom built by Tommy at Hog Haus, in other words, I have no idea what's in there but it’s fucking fast. 4 speed

Fork: 4” over fork tubes on lowbrow custom 2” under lowers, there's nothing wrong with showing a little more leg. 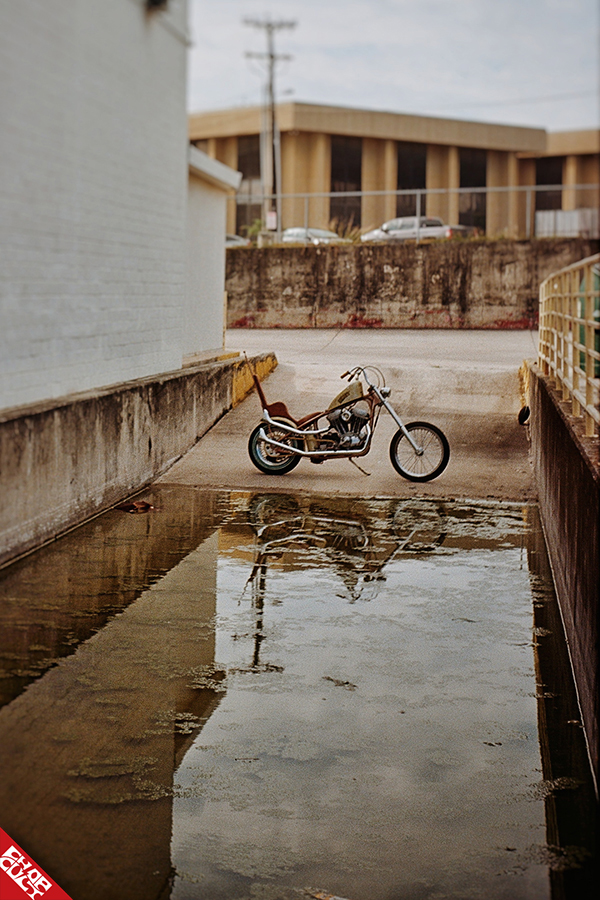