For the last three years, the Long Brothers have thrown a weekend party and campout at Hager Farms in Ranger, Georgia, around mid-August, and every year the buzz gets bigger. The year prior, I was on my way to Florida and detoured to deliver some shirts I had printed for Gorgeous George’s Smut Butt Magazine. I got there late at night, just in time to drink a couple of tallboys under the night sky and then get dumped on by a bunch of rain. I woke up early Saturday morning and had coffee with my friends, delivered the shirts, then got on the road to Florida. After hearing about how much fun everyone had that weekend, I knew that I had to make the next one 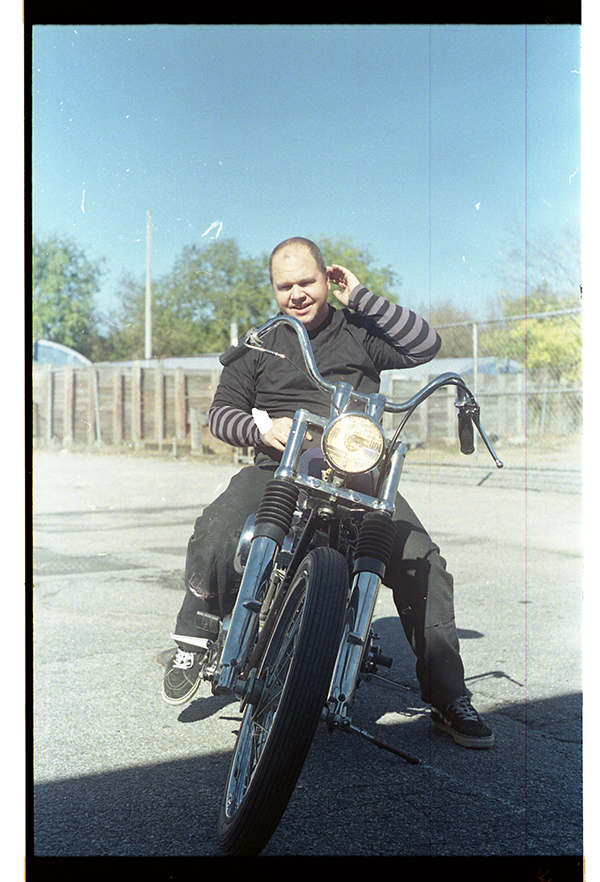 As mid-August neared, plans were made. I would leave south East Virginia and meet up with Greg DeHoot at Punkture Tattoo in Raleigh, North Carolina, and swing by his house to get his travel tattoo kit. We’d head up to Mt. Airy (Mayberry) and crash with some friends that were going to ride with us to The Grundle. Right about the time we were fixing to leave, the skies opened up, and a major storm passed through. Neither of us minded riding in the rain, but this was a severe storm, and we didn’t feel it was worth the risk, especially with all of Greg’s equipment strapped to my bike. We decided to meet up with the crew along the way in the morning. 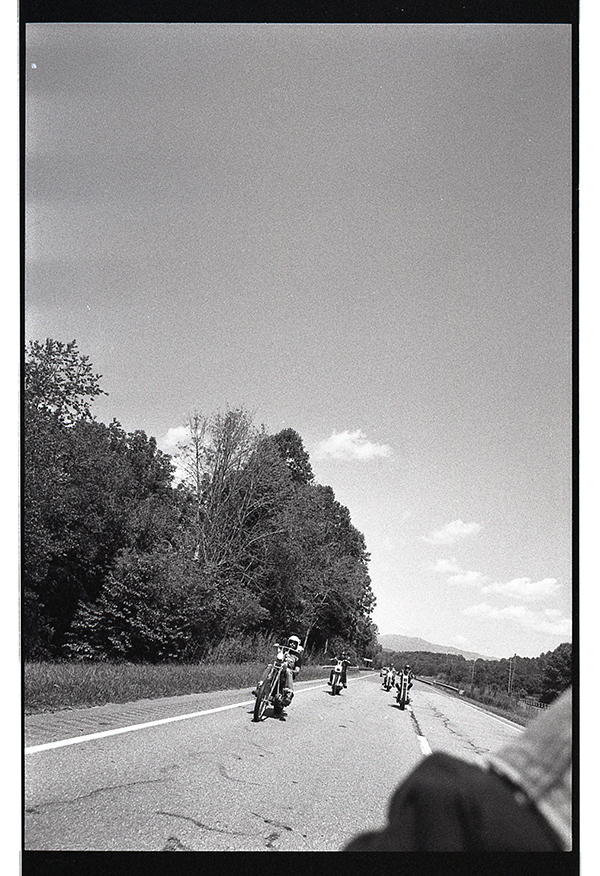 Getting out of Raleigh early Friday morning after loading up on coffee wasn’t too bad; the normal commuters were heading towards Winston-Salem along the way, but traffic moved along, and so did we. The sun came up, and the skies were clear for the rest of the trip. Once we got past the metro areas, we met up with our crew and started making our way south. The best part about riding with choppers is that you get to stop every 60-65 miles! This gave me a lot of opportunities to take photos of the trip and get to know everyone in the group better. The ride itself was gorgeous and relaxing, no breakdowns, no traffic jams, it was a great start to the weekend. 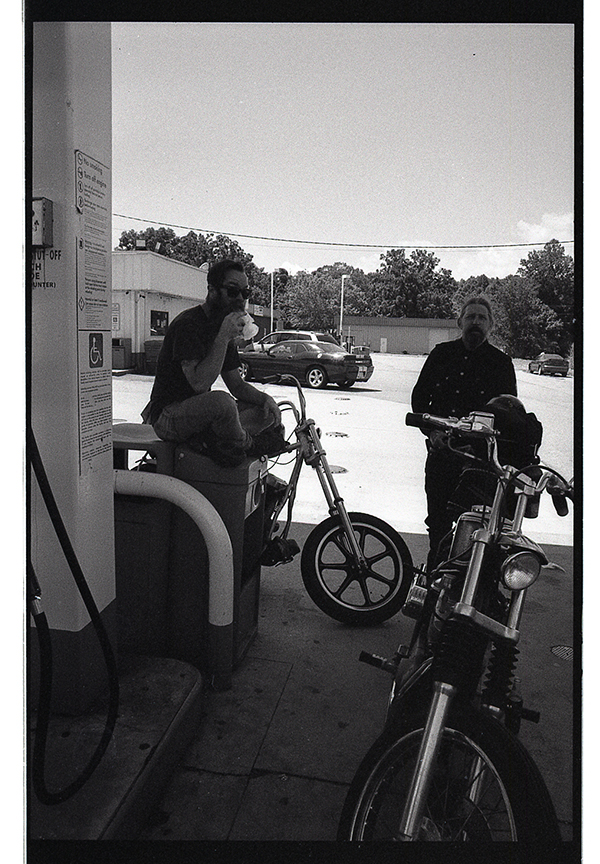