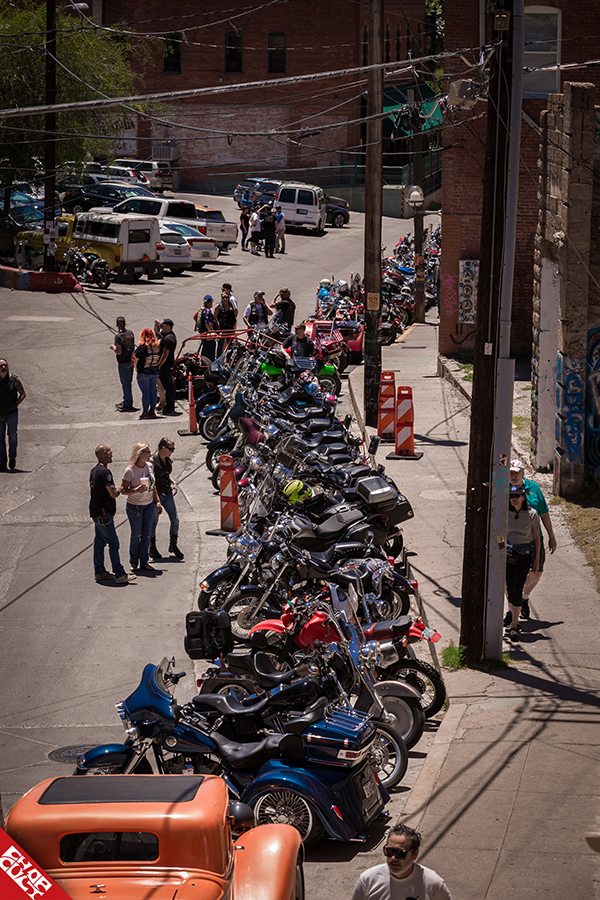 A small mining town founded in 1880, Bisbee is nestled precariously on hillsides and ravines in southern Arizona. It's now become primarily an artist community, with a population of less than 6,000. As such, it's probably the last place you'd expect to find a motorcycle show, but, given that Howl N Prowl is a grassroots, family-first based show, it's the perfect venue. Brewery Gulch, as the name implies, is a series of bars and breweries situated along the sides of a steep gulch in the heart of Old Bisbee. As the bikes roll through heading to City Park, the sound of the engines reverberates off the walls of the gulch, creating an endless deep roar of sound. 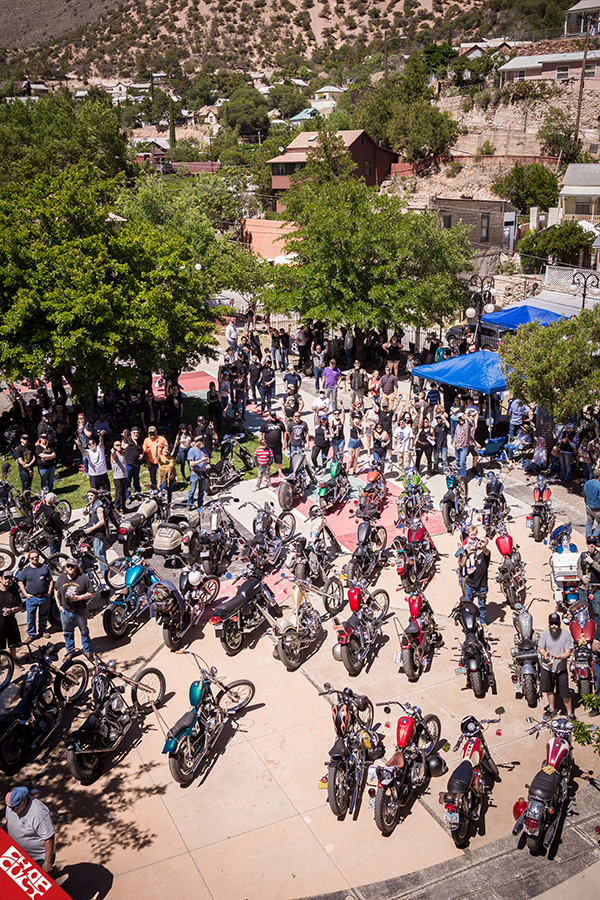