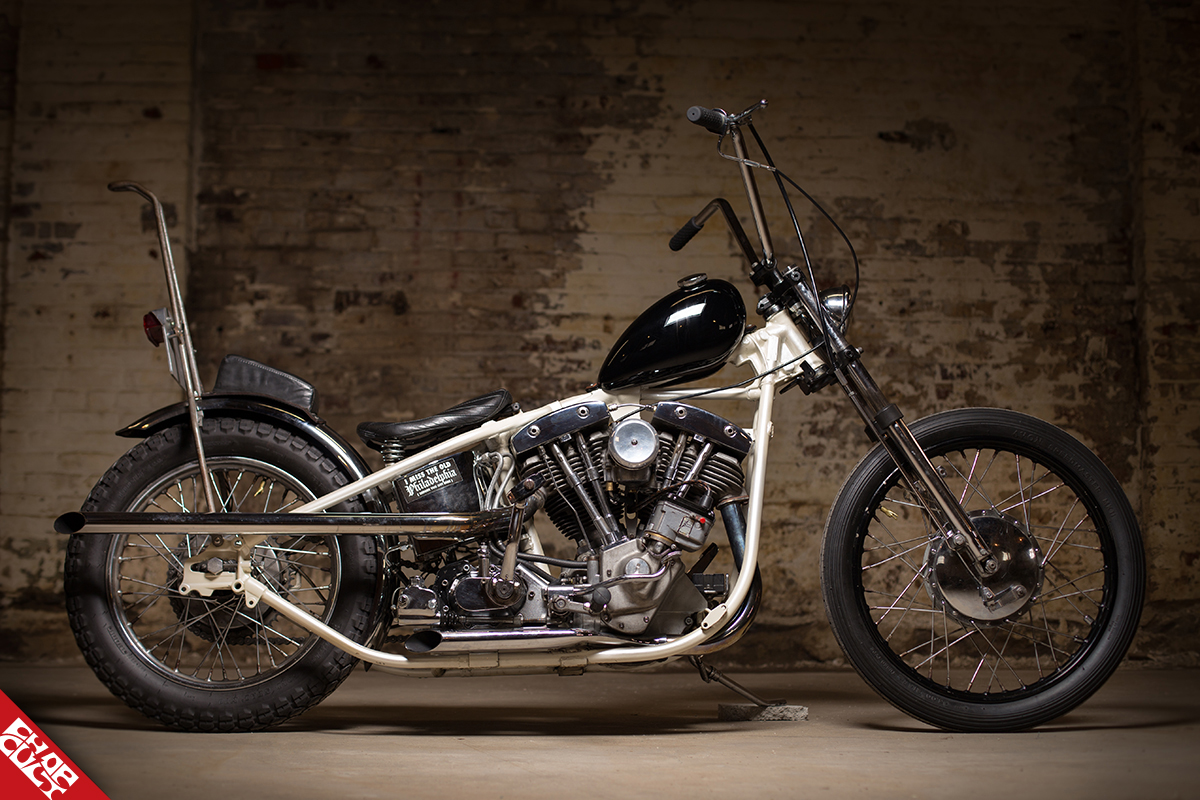 Article and photos by Daniel Venditto - Although my bud Dan Carballo claims his insurance underwriting job isn’t that exciting, he knows what works when it comes to shovelheads. I first came across Dan’s shovel on social media. With tons of likes and just as many positive comments, this build really stood out. He’s one of the few dudes I hadn’t come across at events like Ride to Skate and Strange Days. Funny thing was, after we talked online, we started running into each other all the time!

Dan’s first exposure to bikes was when he was a teenager. His friend Justin had dirt bikes and eventually worked his way up to a Honda Rebel. Over the years, Dan started getting into the scene, but it wasn’t until he landed a real job with some decent cash that he could swing his own bike. He didn’t grow up in a bike household. Justin helped him find his first bike and even rode it home because Dan didn’t have any clutch experience. That was just 9 years ago and things sure have changed for Dan. 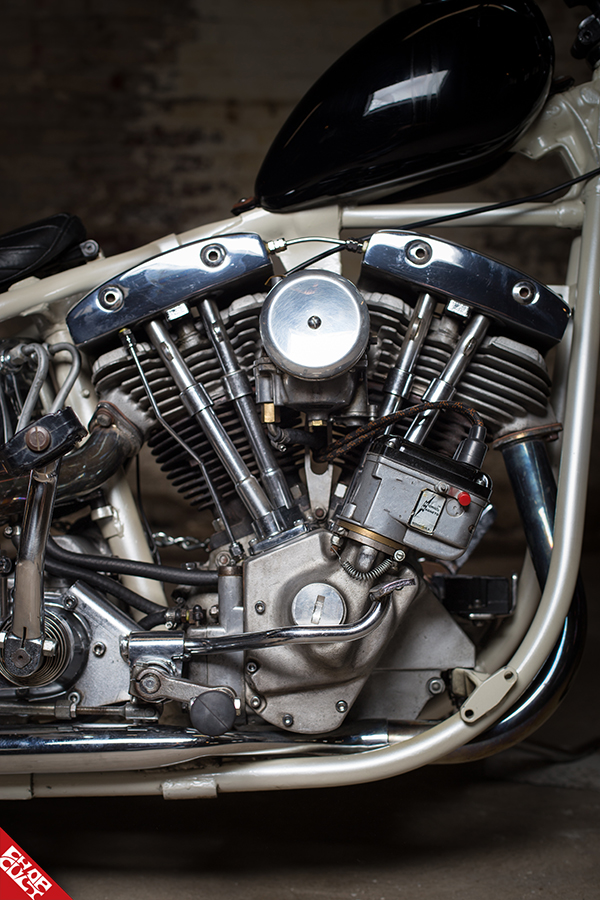 He bought this shovel as a basket case in April of 2015. He had been looking for a cone shovel and came across this one on Craigslist. His priority was finding one with a numbers-matching frame and motor (to avoid any problems with DMV) and a ratchet-top trans for a fair price. There were almost enough parts in the deal to build a full bike, but Dan sold the extras he didn’t like and had to hunt down the missing pieces.

At one time, Dan had a different cone shovel he had put together, but there were too many changes he wanted to make to justify keeping it. It didn’t make much sense to tear apart a perfectly running bike. Around the same time, his buddy was looking for a ready-to-ride shovel, so they worked out a deal. Dan sold him the shovel and used that money to buy the basket case you see here. He digs the look of the cone motors with a mag; I have to agree. 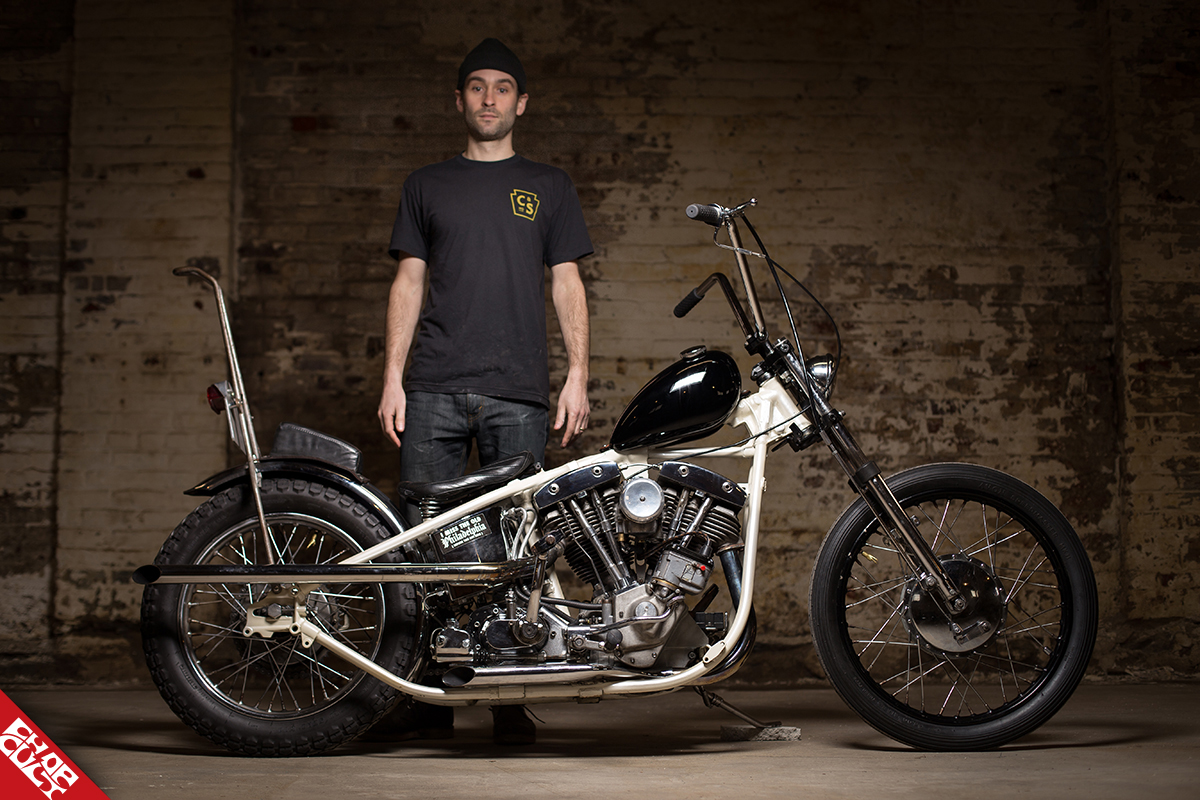 Round 33 Hacksaw Patch
Regular price $4.95
View
Back to Features